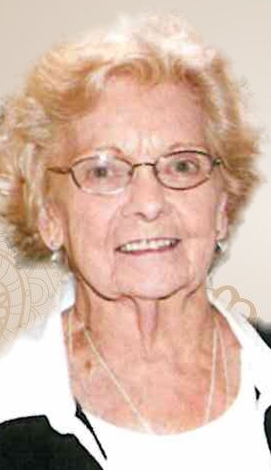 Helen L. Peace, 95, of Sedalia, passed away peacefully on Sunday, March 28, 2021, at Sylvia G. Thompson Residence Center, which would have been her 79th wedding anniversary.

“Hennie,” as she was known to her family, devoted her life to caring for others. As one of nine children, her childhood was about serving her brothers and sisters. She was “always there” for her family. She was a strong-minded, energetic and caring woman. Helen was proud to have obtained her driver’s license at age 60. She enjoyed hand sewing in her spare time. As a servant to others, she also provided foster care for handicapped children over the years. She was a Baptist.

In addition to her husband and parents, she was preceded in death by six siblings, Bennett Martin, Bud Martin, Dot Butterbaugh, Kathryn Spellmeyer, Donald Martin and Kenneth Martin.

Burial will be in Crown Hill Cemetery.

Memorials are suggested to Crossroads Hospice of Warrensburg.

Send Flowers ~ from your local florist